Describe, explain, evaluate, compare, discuss. Command words tell you what you have to do in each question. Look out for these words in the GCSE Chemistry papers. Understanding what they mean and tailoring your answer to these instructions will both save you time and get you extra marks in the exam.

A state (or give or name) question is the most straightforward type of command-word question in the exam. To answer it, you simply have to recall a fact, definition or equation and write it down.

ANSWER. They all have 1 electron in their outer shell. [1]

In a describe question, you simply have to say what you see (or what happened or what will happen). You won’t be awarded any marks for attempting to explain anything. In both of the examples below, we have underlined the clues in the question that guide you towards exactly what the examiner would like you to describe.

EXAMPLE. Potassium forms an ionic compound with sulfur. Describe what happens when two atoms of potassium react with one atom of sulfur. Give your answer in terms of electron transfer. Give the formulae of the ions formed. [5]

EXAMPLE. A student removed water from salty water using the apparatus below. Describe how this technique works by referring to the processes at A and B. 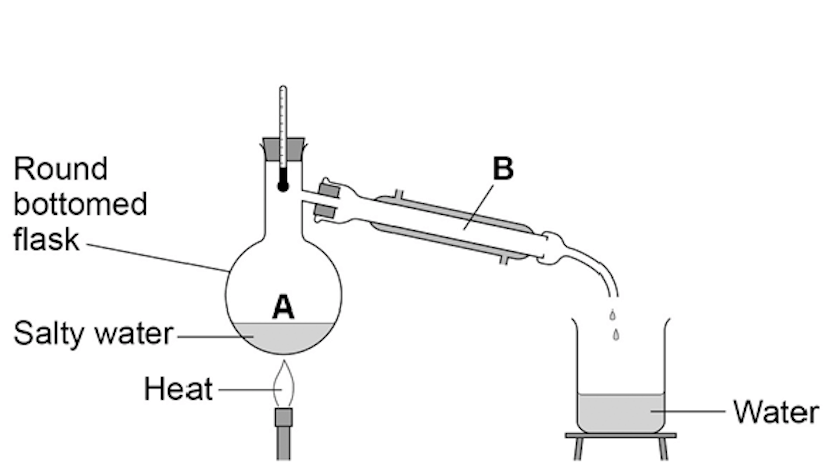 EXAMPLE. Explain why an atom has no overall charge. Use the relative electrical charges of sub-atomic particles in your explanation. [2]

ANSWER. Because electrons are negative −1 and protons are positive +1. [1] The number of electrons is equal to the number of protons. [1]

Watching My GCSE Science videos, doing lots of exam-style questions and reviewing the mark schemes will help you learn how to answer explain questions. You may be asked to explain something which seems unfamiliar. The key here is to identify the part of the course that the question relates to and then apply your knowledge of chemistry to the unfamiliar context.

In a calculate question, you will normally have to choose the correct equation to use, substitute the right numbers into the right places, and write down your final answer. You may also be asked to include the correct unit with your answer, or to write it to a certain number of significant figures.

In an evaluate question, you have to write down the advantages (pros) and the disadvantages (cons) of something. But with the 6-mark question below, the examiner is looking for more than items to tick off on a mark scheme. To get full marks, you need to write a detailed and coherent argument, which considers a range of pros and cons and comes to a conclusion consistent with your reasoning and that shows that you have a good understanding of the key ideas.

EXAMPLE. Evaluate the production and use of bottles made from soda-lime glass and those made from HD poly(ethene). Use the information given and your knowledge and understanding to justify your choice of material for milk bottles. [6] 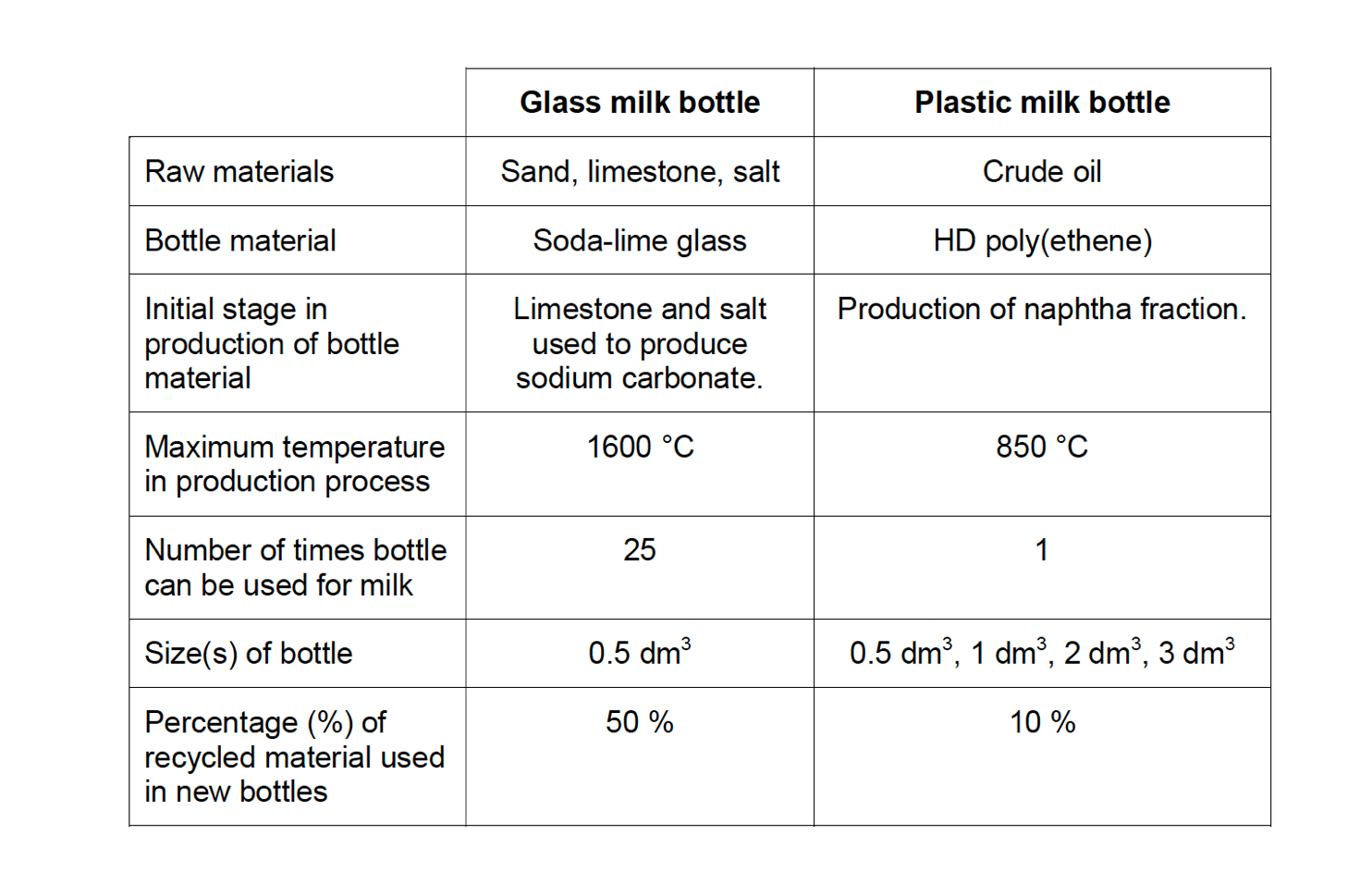 Fewer stages in glass production may be quicker. The higher temperature in glass manufacture may require more energy. Glass bottles can be reused although there may be costs associated with the collection/cleaning for reuse. Glass can be recycled into new products. Plastic has greater range of sizes. Both are produced from limited raw materials. Since a higher percentage of recycled materials is used to make new bottles, I would choose glass as it conserves raw materials.

Discuss questions can be tricky since they are more open-ended than most other types of questions. To answer them successfully, you should have a good knowledge of the question topic and pay close attention to the wording of the question and the number of marks available.

ANSWER. [Your answer does not have to include all the points in the mark scheme, but must demonstrate your understanding of scientific ideas in a clear, coherent and logical structure].

The advantages of using hydrogen instead of diesel are:

There is plenty of water/raw material for hydrogen production while there are limited supplies of crude oil used to produce diesel [1]. Hydrogen produces only water as waste, while diesel also produces carbon dioxide emissions that may cause global warming. [1] When diesel undergoes incomplete combustion, it produces carbon and/or carbon monoxide. Carbon is formed as soot, which makes objects dirty and carbon monoxide is a toxic gas. [1]

The disadvantages of using hydrogen instead of diesel are:

Hydrogen gas has to be manufactured. If the energy/electricity needed to produce hydrogen is from non-renewable resources, this produces carbon dioxide, which may cause global warming. [1] Hydrogen is expensive to produce. [1] Stronger / heavier / bigger fuel tanks are needed to transport hydrogen. [1] Hydrogen is flammable, and there are problems with storing large volumes of flammable gas. Because hydrogen is a gas, it leaks easily if the fuel system is damaged. [1] The number of distribution outlets where hydrogen can be bought is limited. [1]